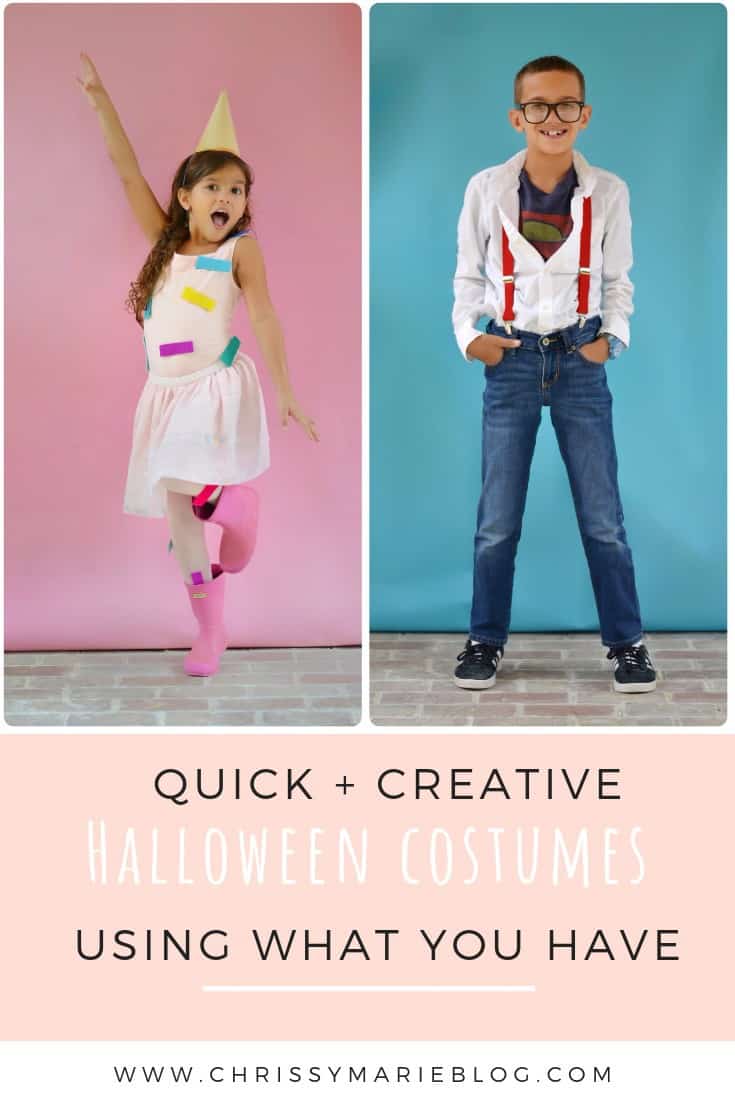 Every year I want my kids to look creative with non store costumes but I also want the least amount of work on my end. I like to have my cake and eat it too, ya know? For this post I dressed my kids up in 8 different costumes only using items we have in our home, just a few things out of my craft box, and not spending more than 15 minutes putting each one together.

Consider this…. the Lazy Mom’s Guide to Halloween: 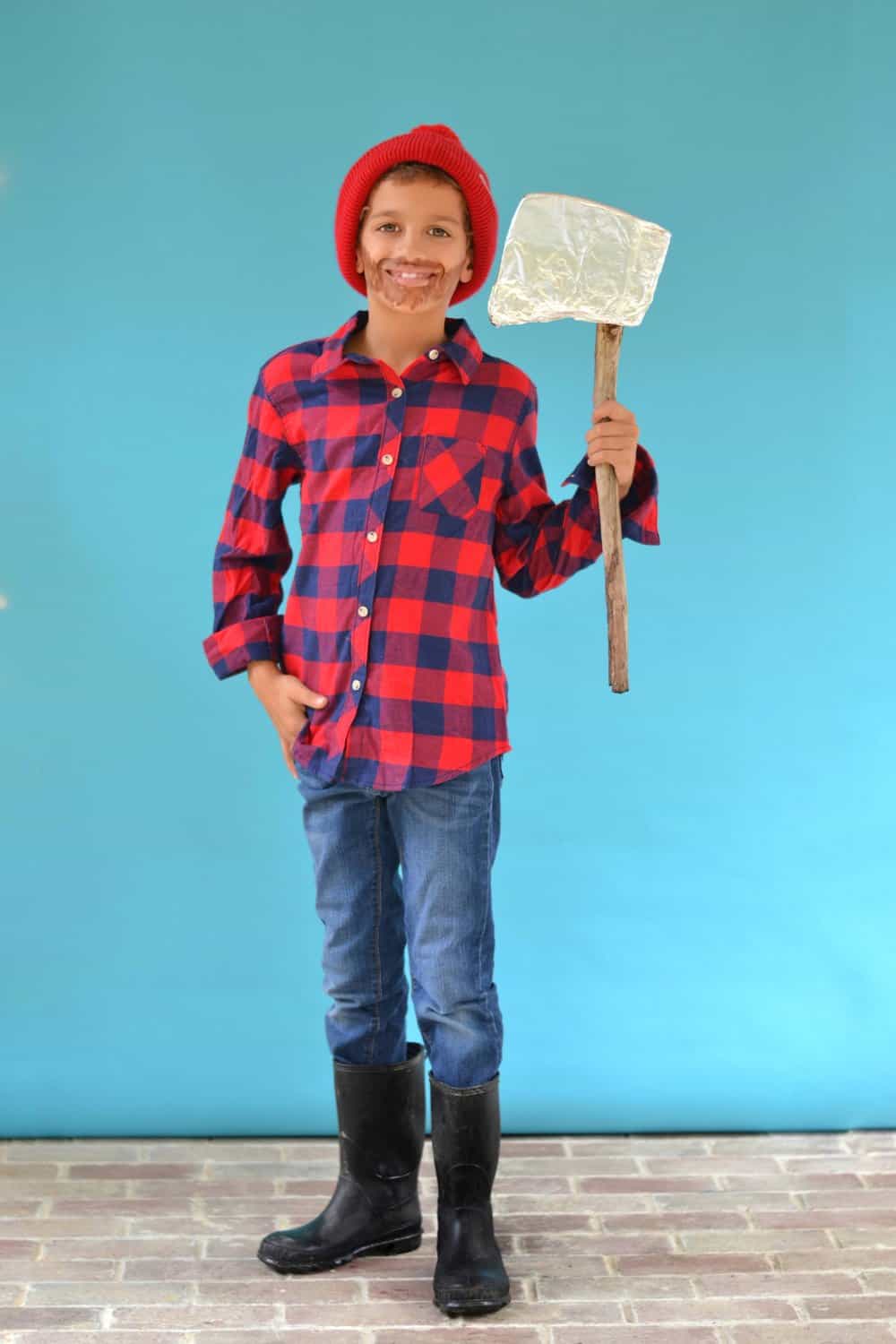 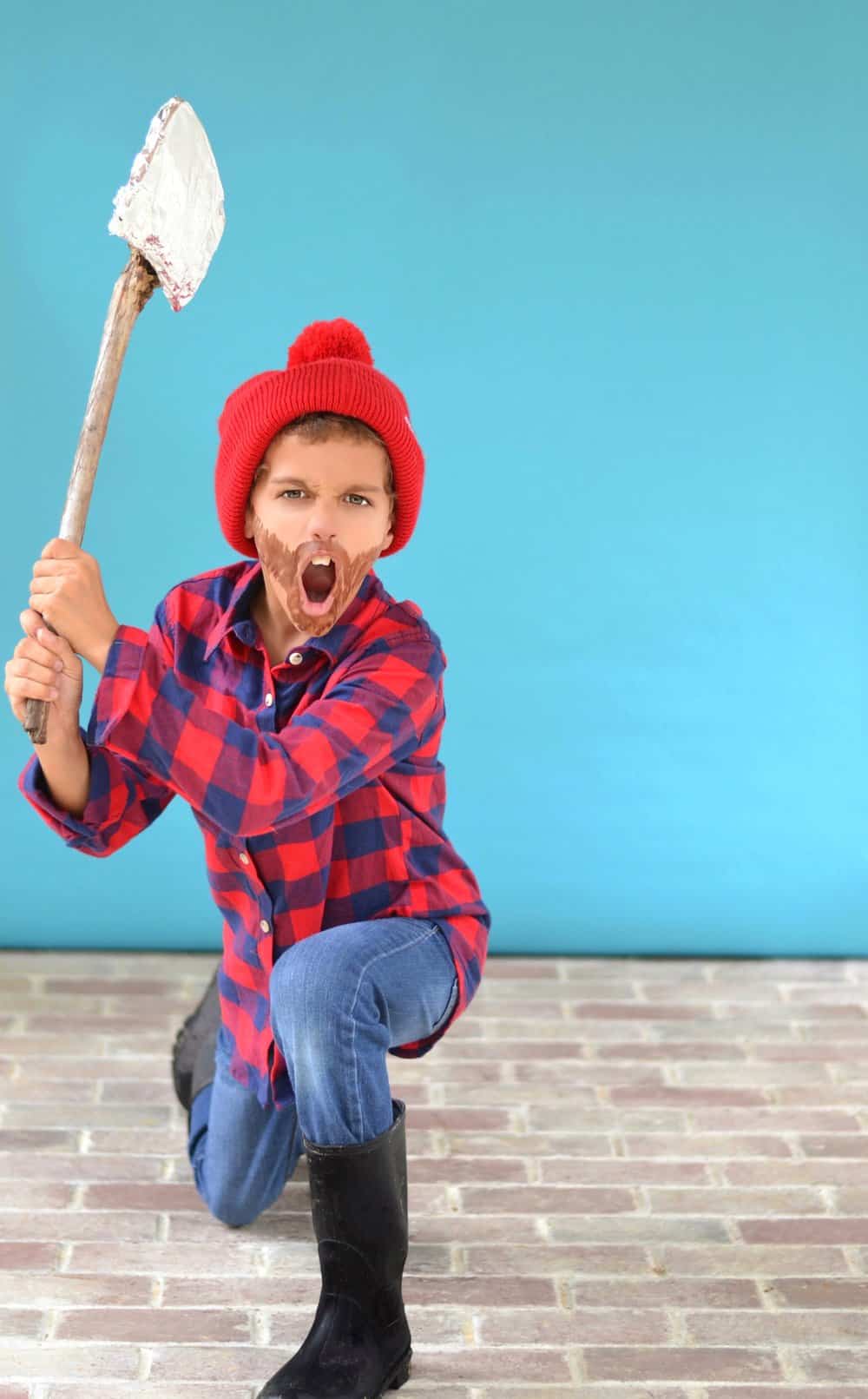 For the ax I walked into my backyard and picked up the first stick I saw. I cut part of a cardboard box up into the shape of the top part of the ax and covered it with tin foil. I duct taped this onto the stick using silver duct tape on the back. 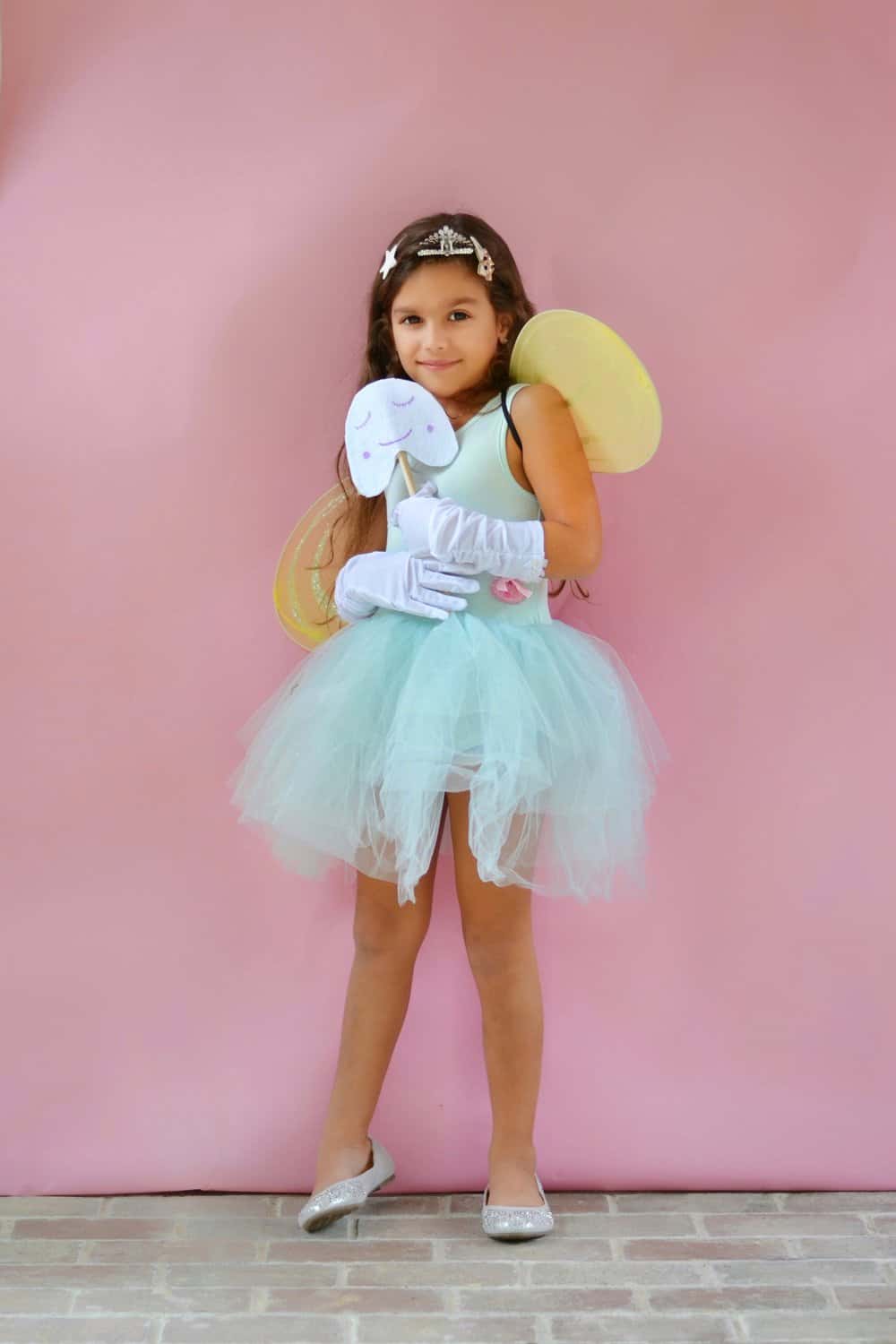 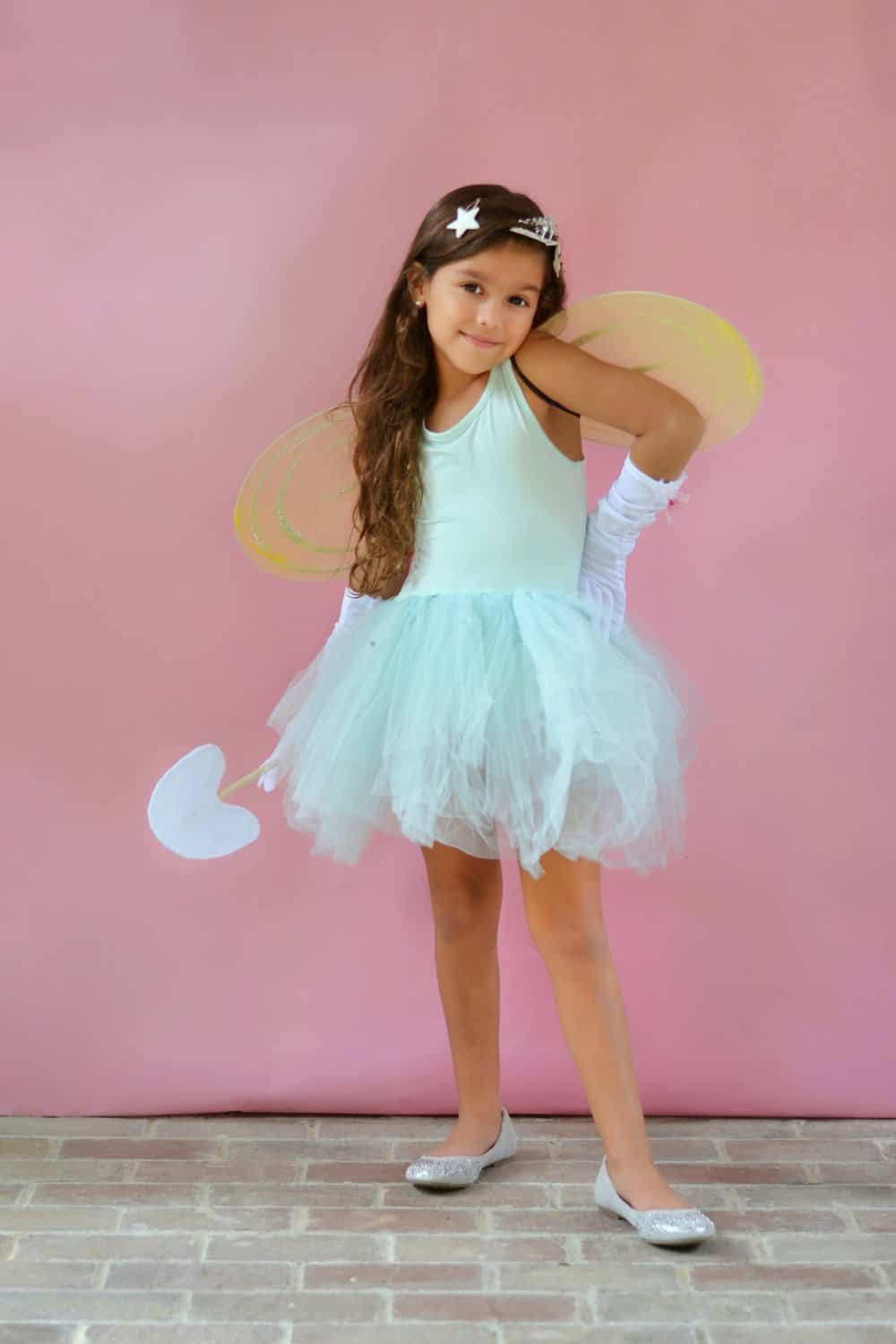 A spin on the traditional fairy costume. Items used:

To make the wand I cut white felt into the shape of a tooth, and hot glued it to a dowel. White fabric could also be used in place of the felt. 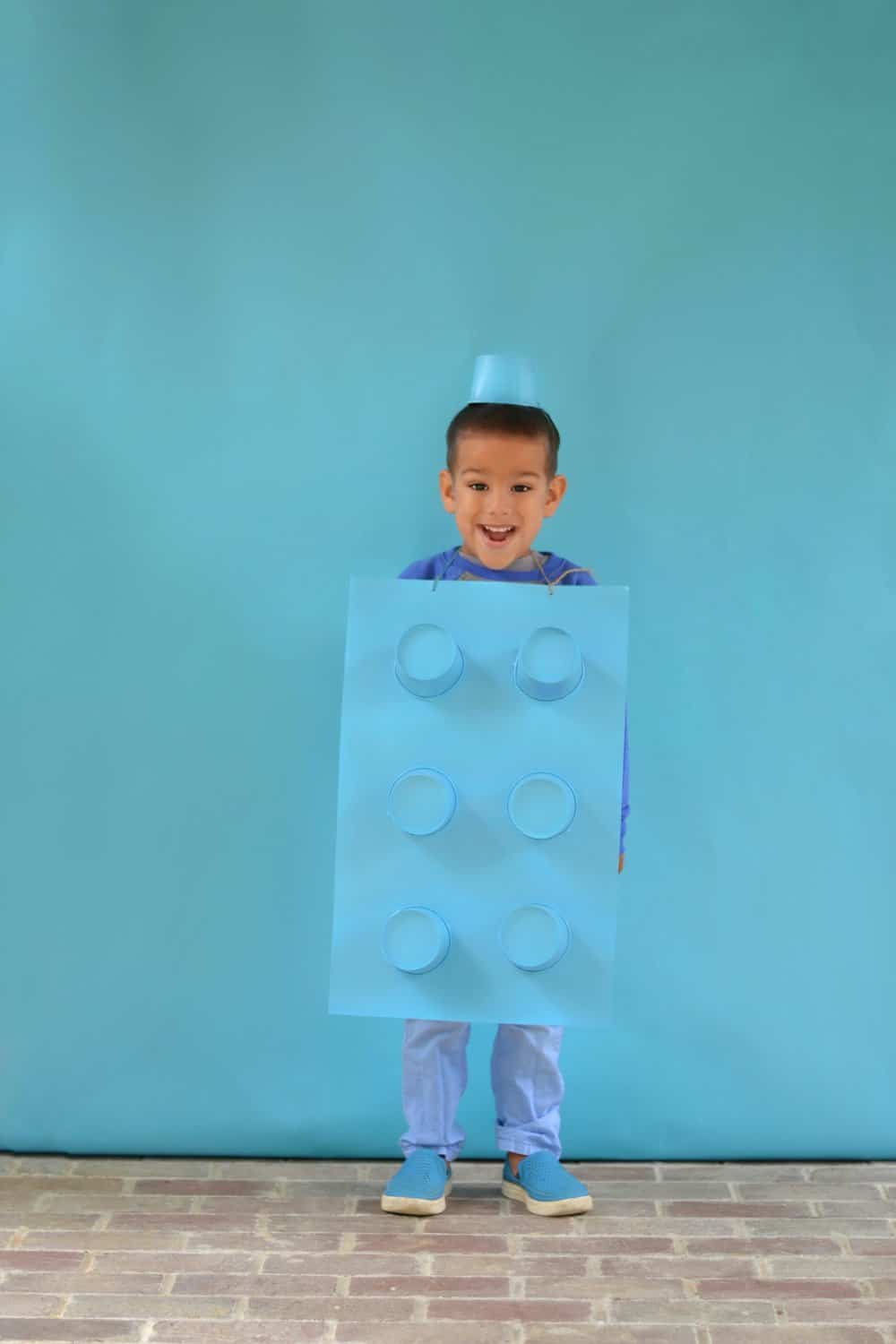 I saw a lot of Lego costumes online using an entire box, but that looked like too much work for me and I didn’t have the right size of box anyways. Items used:

Hot glue the cups onto the cardstock, and punch holes in the top to tie the string through. For the hat just take the elastic off of a party hat, punch 2 holes in the cup and thread the elastic through the hole. Spray all of it blue- or any color you want! 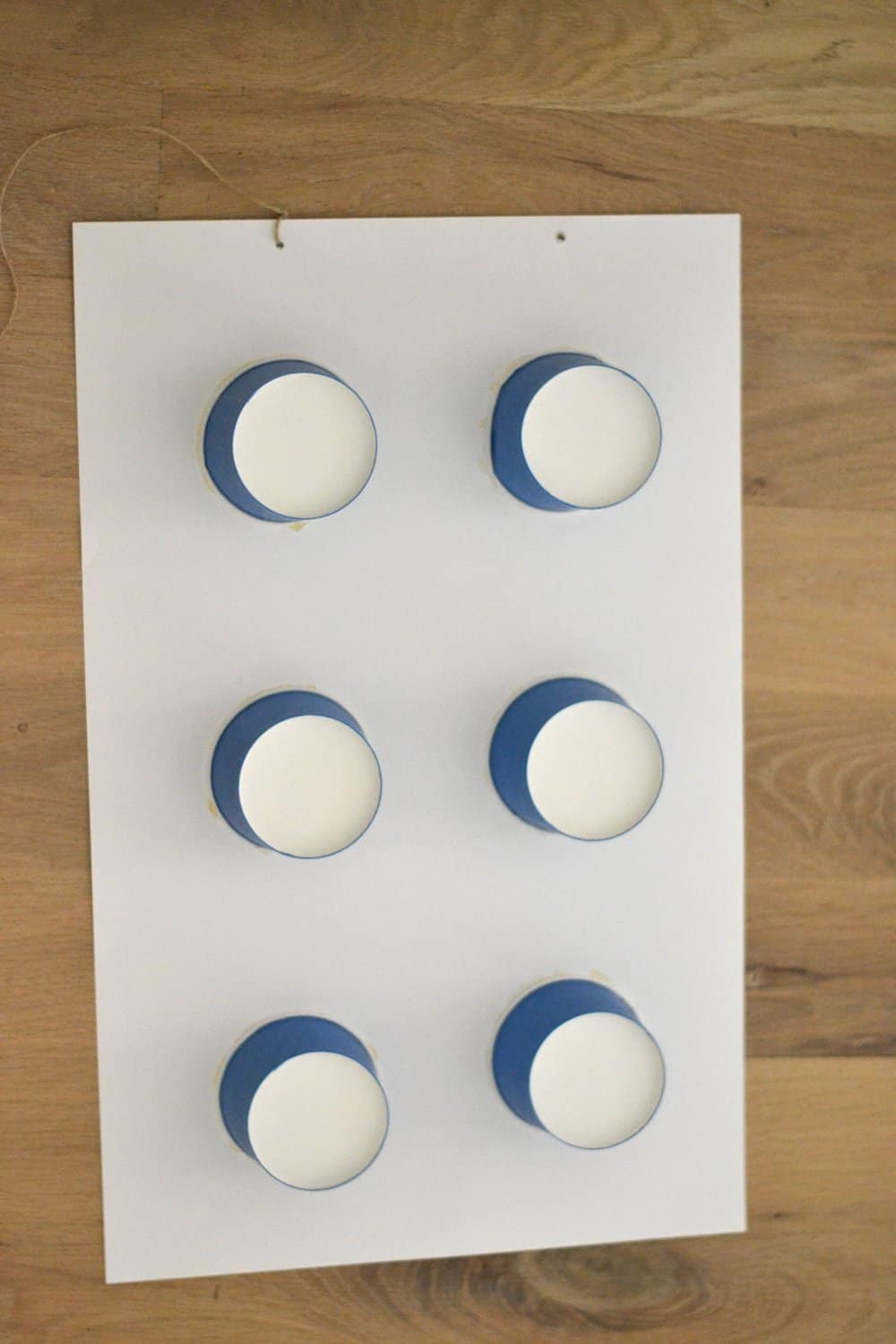 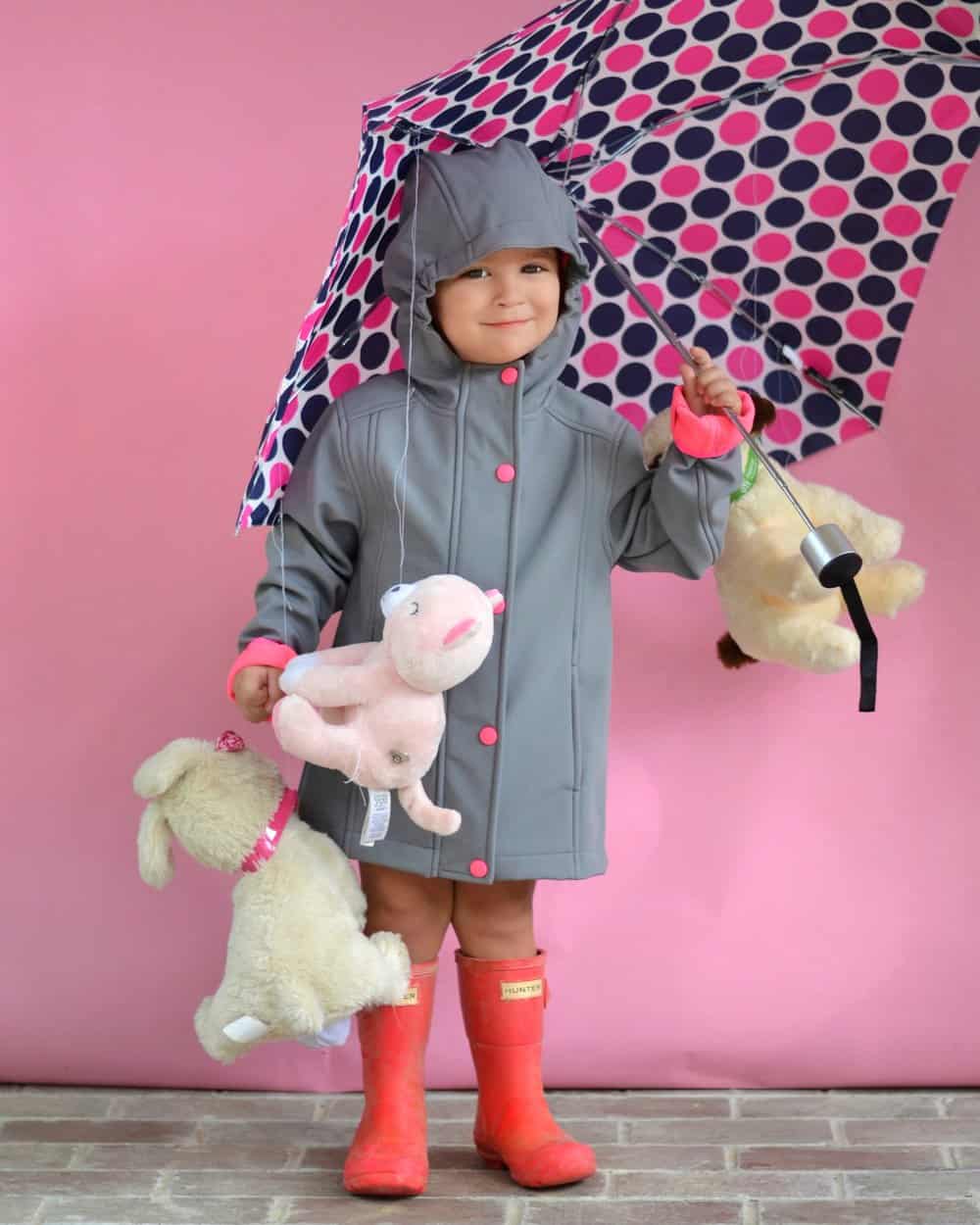 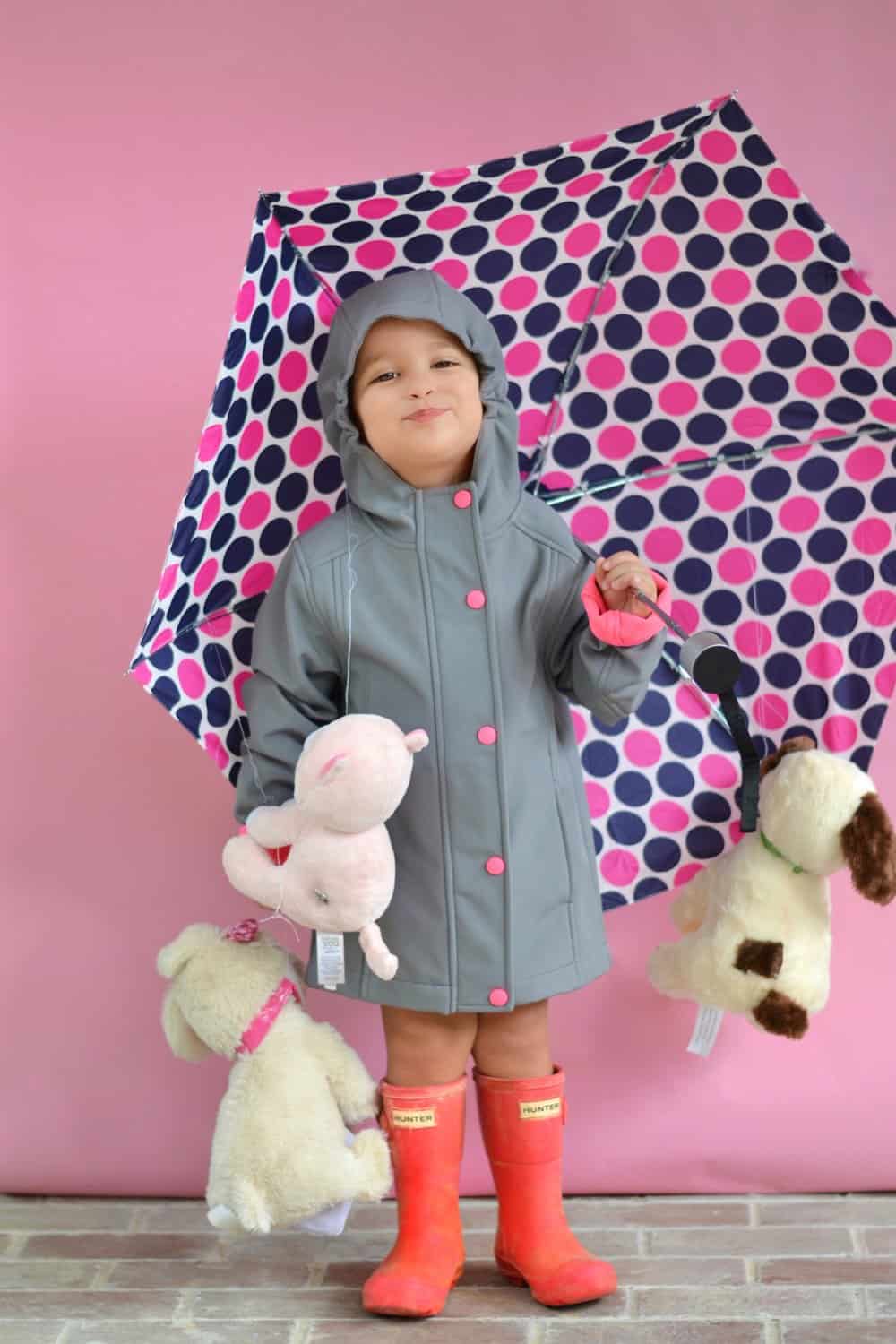 Tie the thread around the stuffed animals and tie it to the umbrella spokes. Be careful to make the weight balanced. For anyone under 3 I would do large colorful pictures of cats and dogs instead of the animals, to make the umbrella easy to hold.

And her boots are so filthy….. Hurricane Florence had just hit us when I was shooting these photos, and I didn’t notice how dirty they were until I was looking at the photos on my computer! I was really keeping the Lazy Mom theme going here and didn’t wash them off. 😉 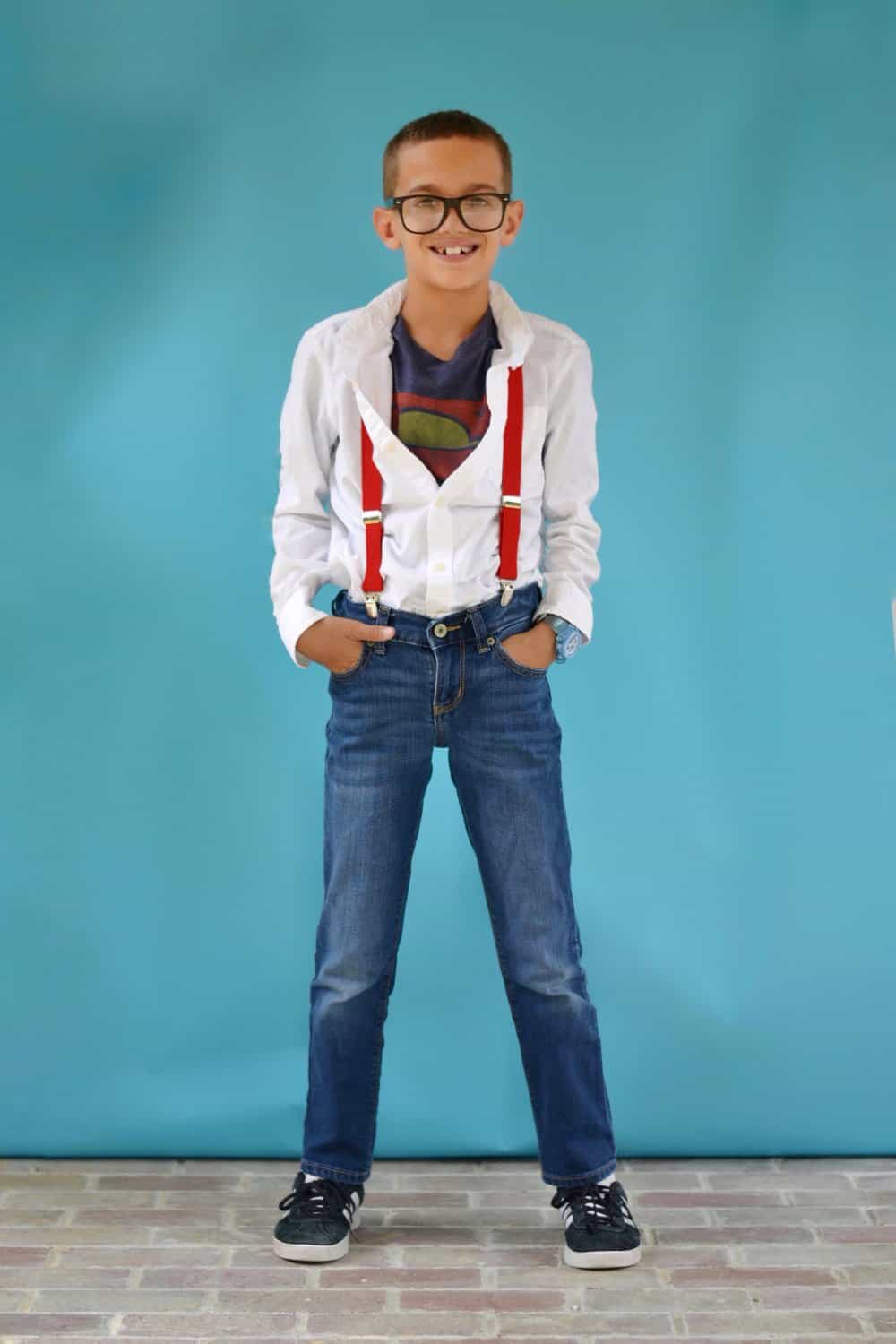 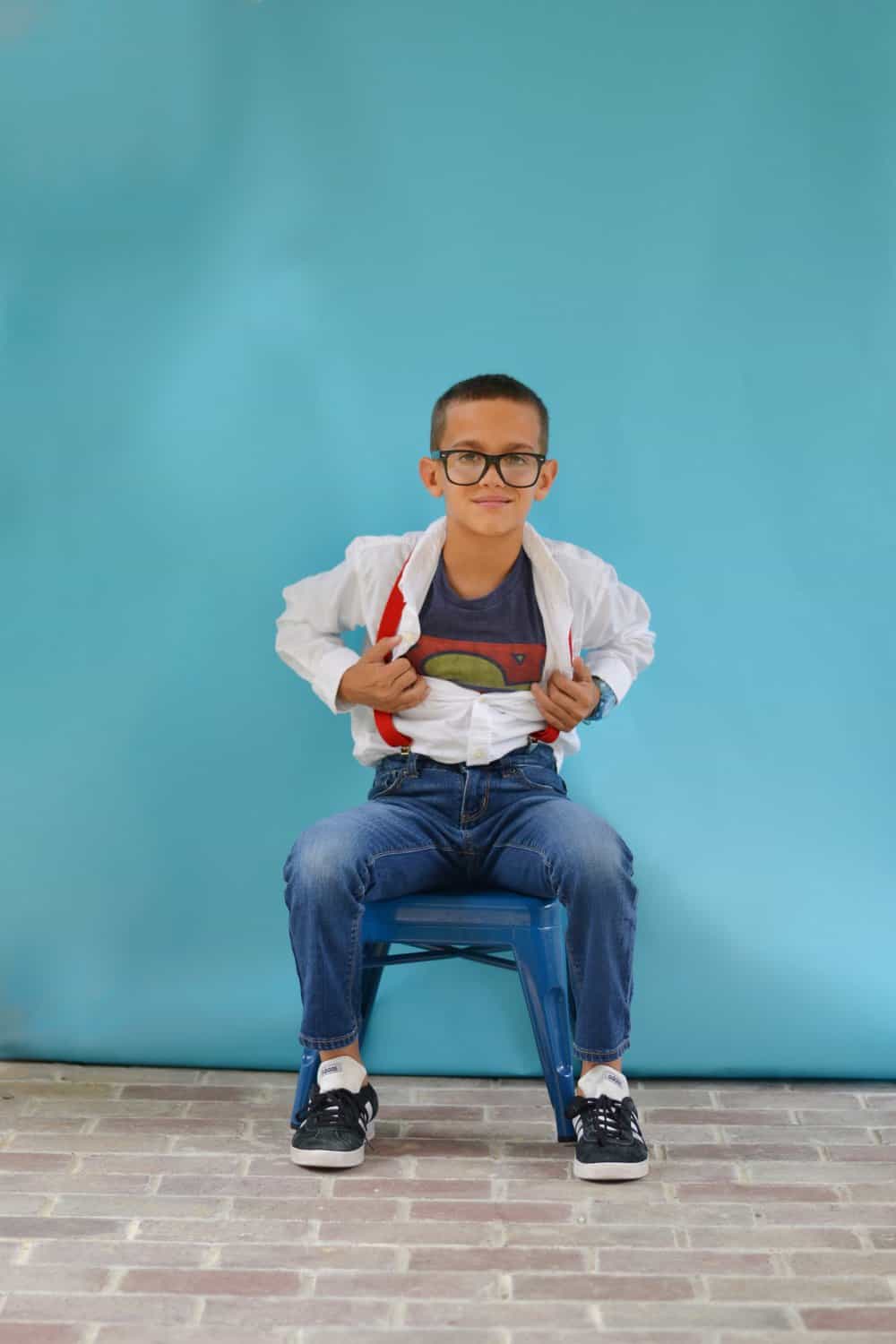 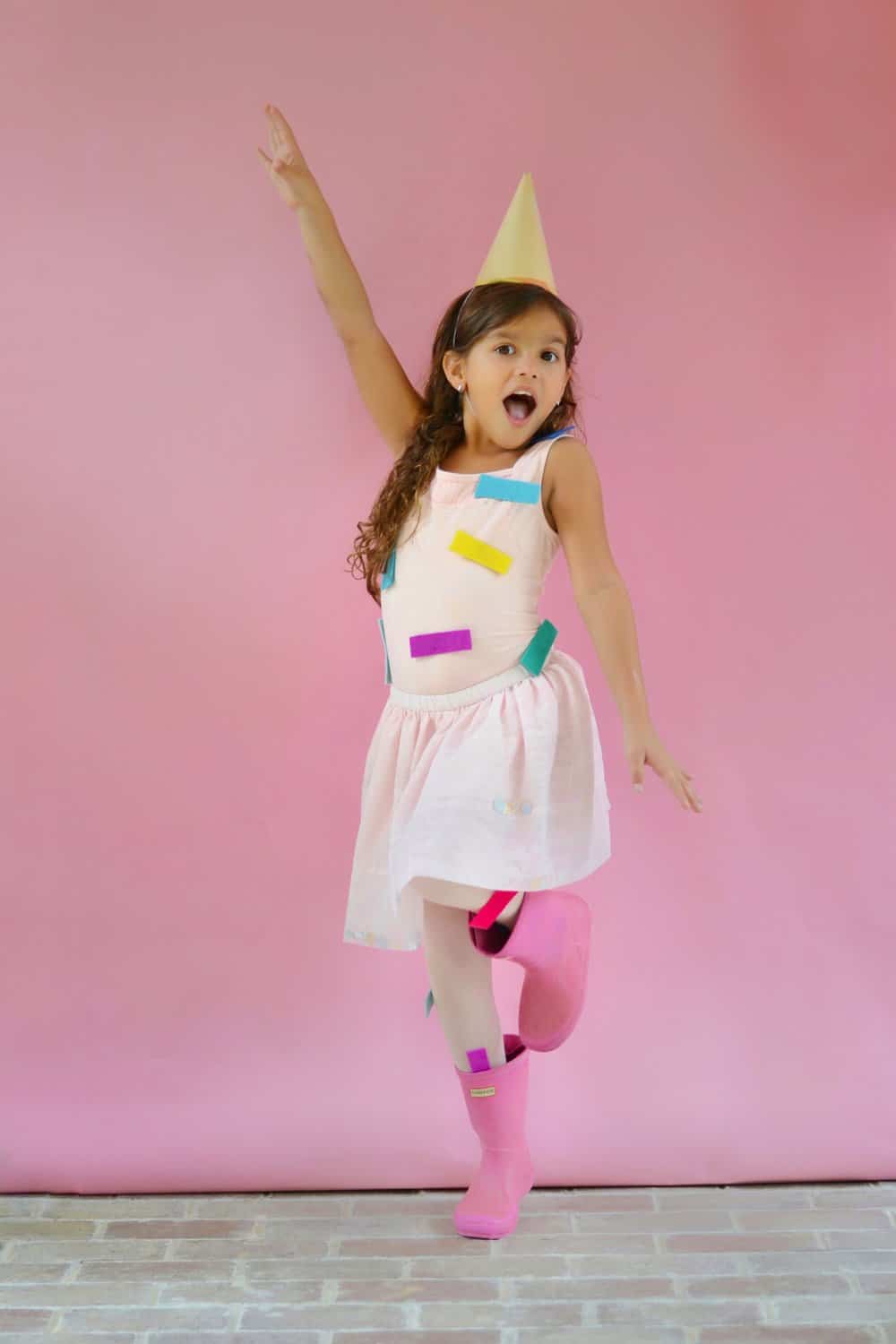 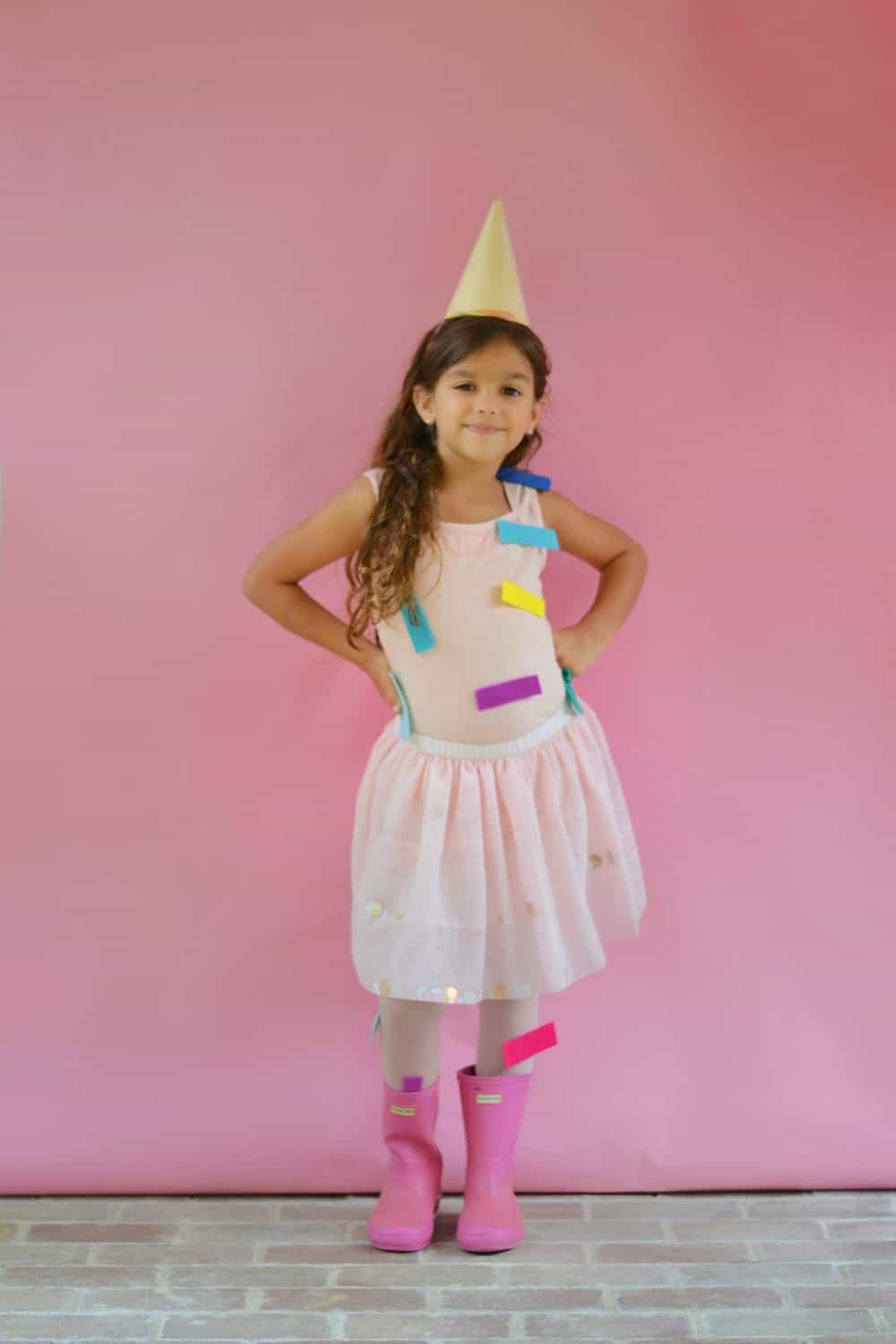 Safety pin strips of colorful felt onto a white or pastel dress. I debated having her wear a red hat with a pom pom (like a cherry) in place of the cone hat. 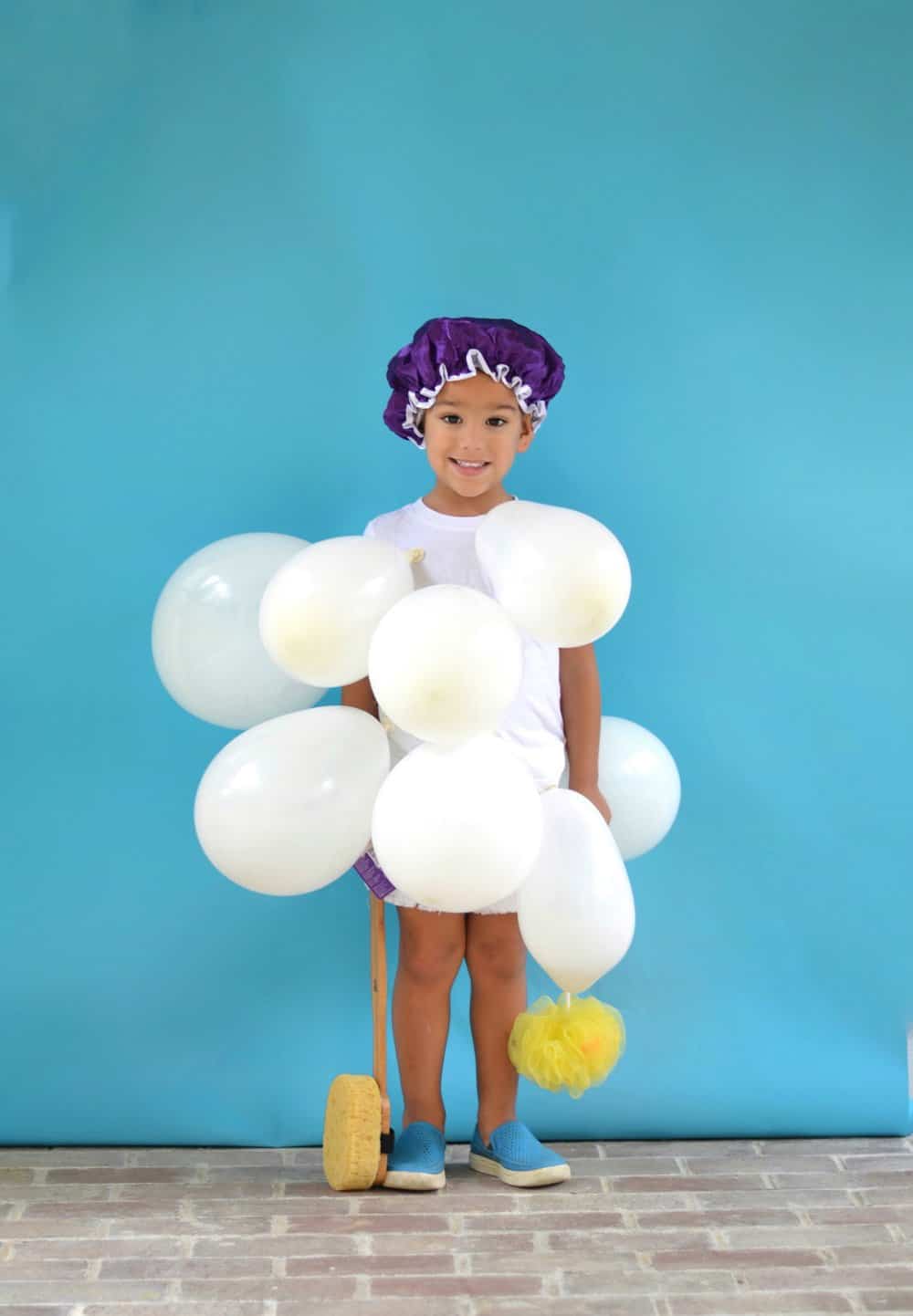 My husband’s least favorite and my personal favorite, this one is so sweet! Put safety pins through the tie of the balloon to a white shirt. Items used: 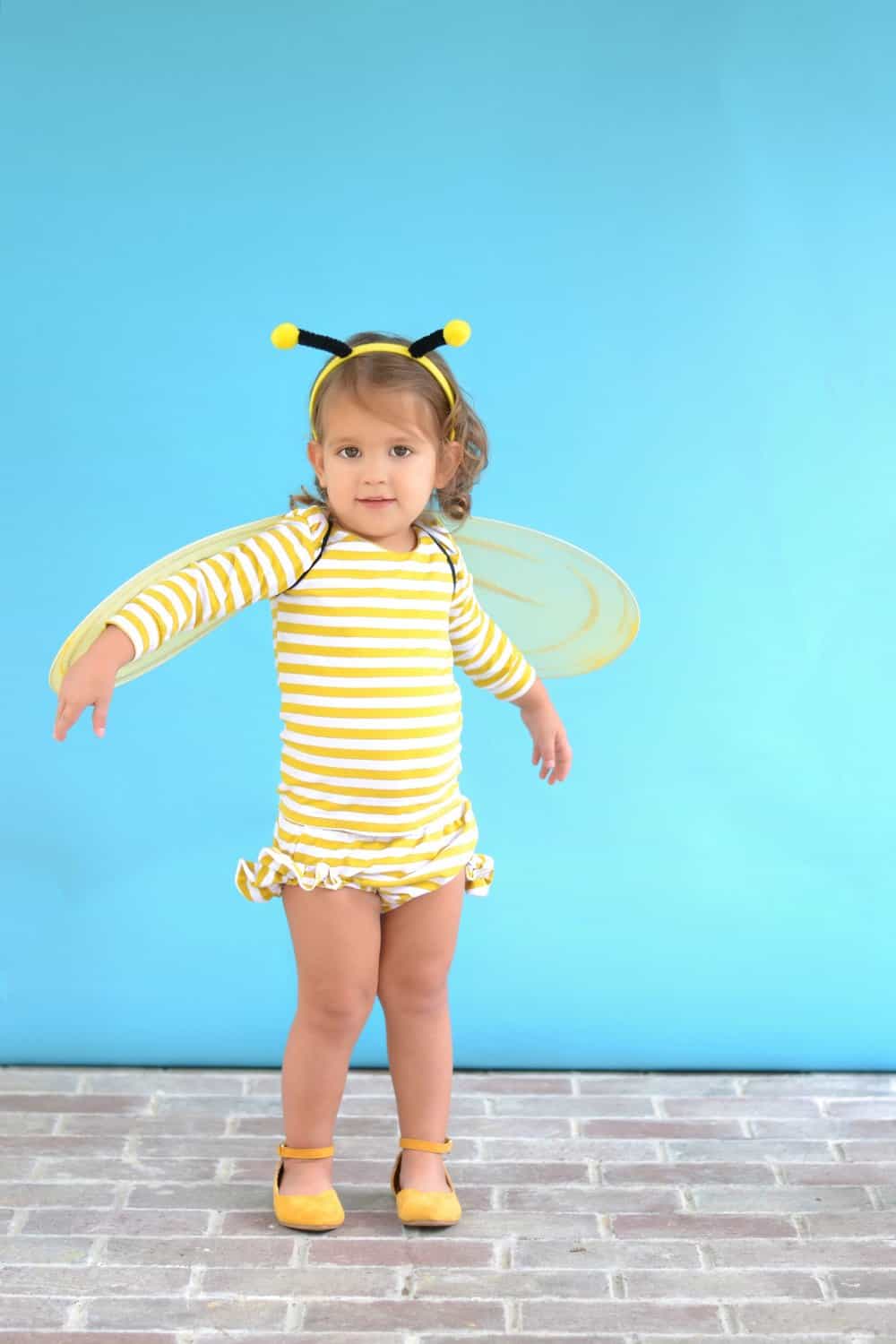 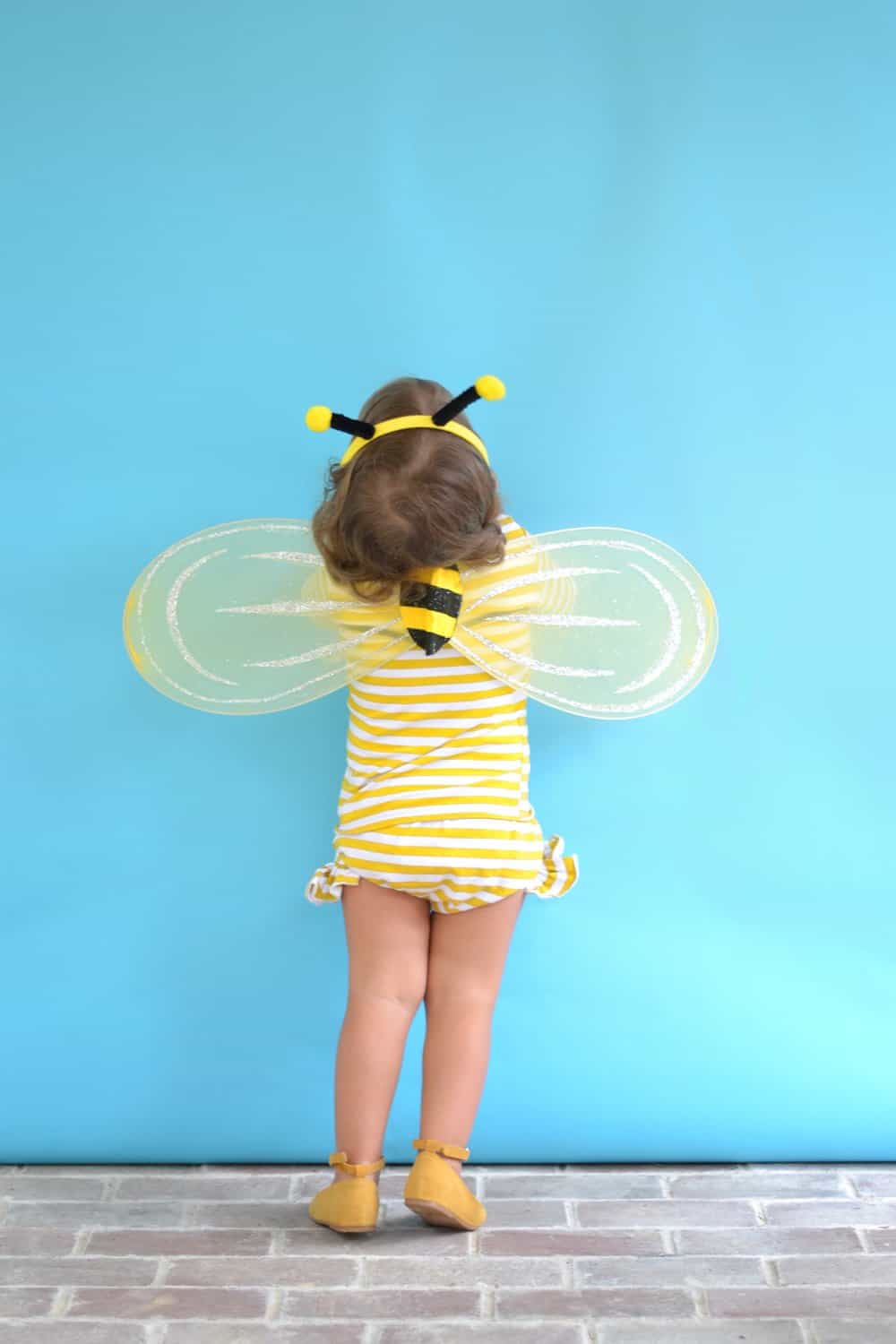 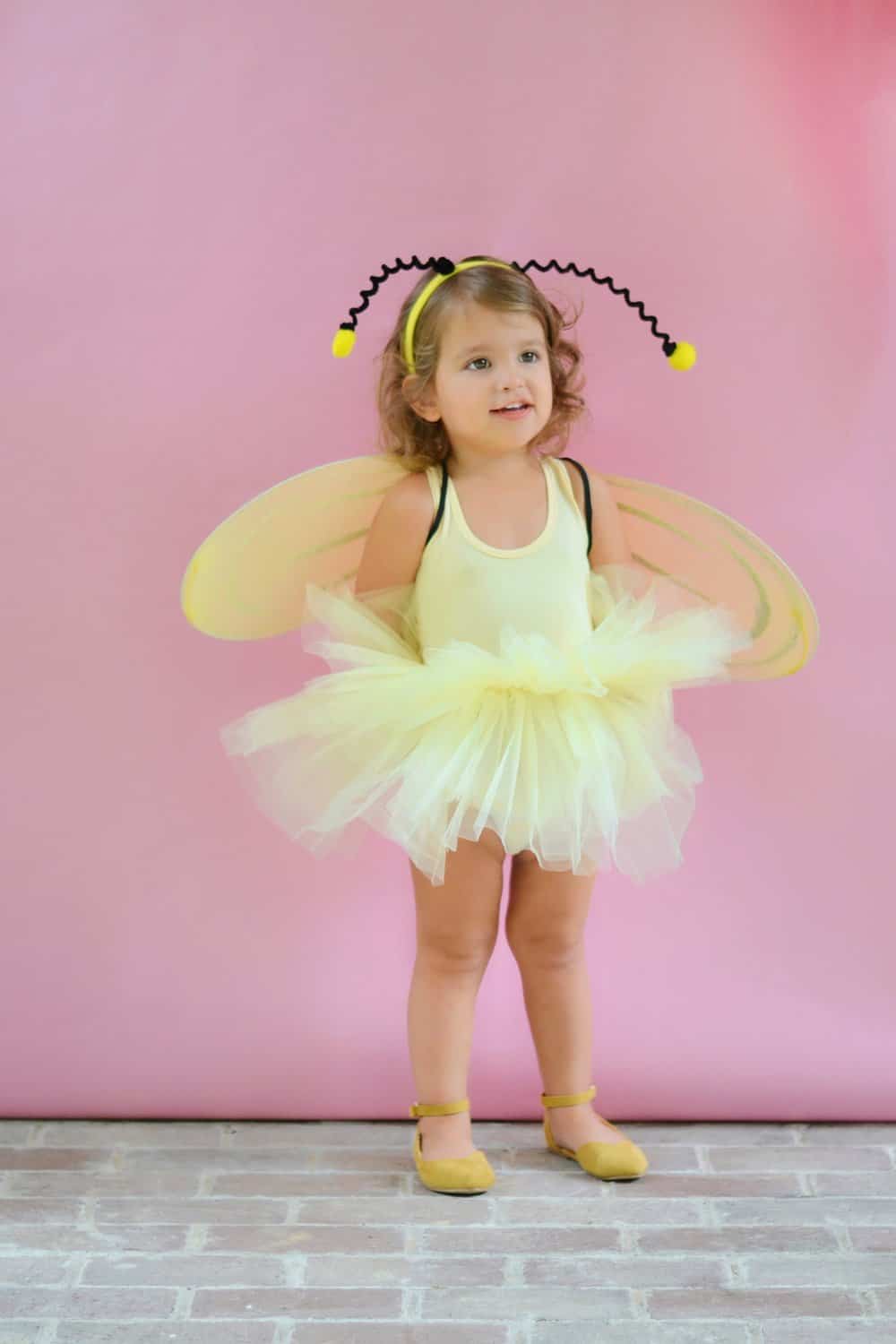 I couldn’t decide between the outfits so I put her in both! But any yellow (or yellow and black!) outfit will work. Items used:

Headband could be made with pipecleaners wrapped around a headband, and a pompoms hot glued to the end of the pipecleaners.

Hi! I’m Chrissy- wife, mom of 4, home + interiors lover- blogging about our recent build, interior design and ways to beautify your home. I also run a fun Facebook group where we ask/share design questions. You should join!